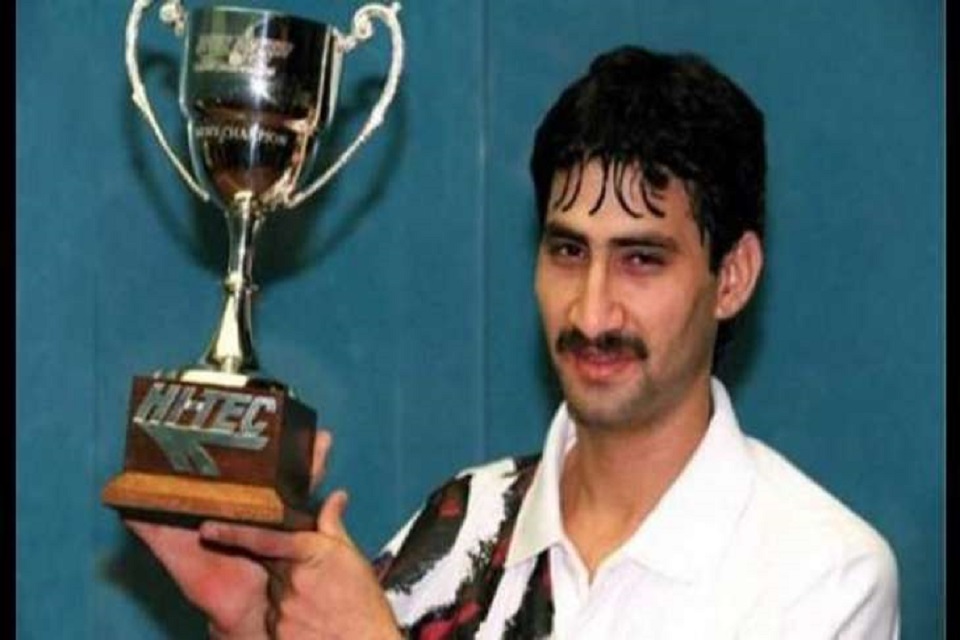 Jansher Khan PP SI HI (Urdu: جان شیر خان‎; born 15 June 1969, in Peshawar, Pakistan)[4][5][6] is a former World No. 1 professional Pakistani squash player. During his career he won the World Open a record eight times, and the British Open six times. Jansher Khan is widely regarded as greatest squash player of all time. He is the only player in the history of squash game that from 1988 to 1998 he was continuously ranked World No.01 and his longest winning streak in top level professional sports as also recorded by Guinness World Records. He was also said as player of millennium. Jansher Khan is the only player in the history of Squash game that despite the passage of 20 years after his retirement in squash still no one in the world has been broken his records and he is also the only player in the history of sports that after his retirement he have active records. Jansher Khan retirement in 2001 brought an end to nearly 50 years of domination by Pakistan in the sport of squash. He was troubled by back, knee and groin injuries throughout his career.

Jansher Khan had these words of advice for young players after his successful surgery:

“I would advise today’s young players that along with their hard training they must take special care of their back, knee and groin injuries and treat minor ailments timely to avoid serious problems in future.”

In September 2020 on request of the Chief Minister Khyber Pakhtunkhwa Mahmood Khan squash legend Jansher Khan joined the directorate general sports Khyber Pakhtunkhwa as a head squash coach the facilities available to athletes in Khyber Pakhtunkhwa are unmatched in any other country. Squash is the only sport in which coaching and training is very important. Due to lack of good training and coaching, the best talents of the province is being wasted. The government has fulfilled his desire to train the children of the province by providing coaching opportunities. Jansher Khan said that he will do his best to fill the gap created in the game of squash and make the country a new world champion.