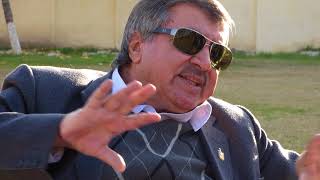 Qamar Zaman (born 11 April 1952 in Quetta, Balochistan, Pakistan) is a former squash player from Pakistan. He was one of the leading players in the game of Squash during the 1970s and 1980s. His biggest triumph was winning the British Open Squash Championships in 1975. He lives in Peshawar.

In the 1975 British Open, Qamar stunned and beat the defending-champion Geoff Hunt of Australia in the quarter-finals, and went on to win the title beating his fellow Pakistani player Gogi Alauddin in the final 9-7, 9-6, 9-1.